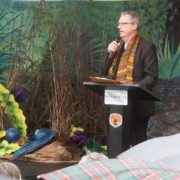 At the end of 2015 Richard Mackay stepped down a Chair of the Greater Blue Mountains World Heritage Area Advisory Committee.

The Advisory Committee is jointly appointed by the NSW Minister for Environment and Heritage, in conjunction with the Commonwealth Minister for the Environment to provide advice on the protection, management, presentation and celebration of this iconic World Heritage property which covers more than a million hectares.

Richard was originally appointed to the Committee in 2006 and became Chair in 2011. During this time involvement of Traditional Owners from the six Aboriginal language groups has been strongly supported, and major projects such as the Three Sisters walking Track have been completed. 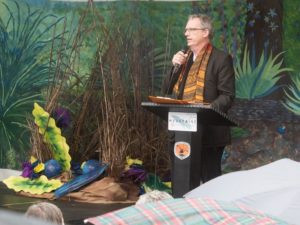 Values for a New Generation: a publication of essays about the Greater Blue Mountains, prepared by the Advisory Committee to inform and support re-consideration of the property for inclusion on Australia’s National Heritage List for additional cultural and natural values was launched at Govetts Leap in November 2015.

Speaking at the launch, the Hon Mark Speakman, Minister for the Environment acknowledged Richard’s contribution:

In particular, I wish to acknowledge the contribution of Prof Richard Mackay, who having served since the original appointment of the Committee; the last 5 years as its Chair, will step down at the end of this year. Richard enjoys an international reputation in heritage management, and is currently a cultural heritage adviser to the World Heritage Committee. The World Heritage Area is fortunate to have reaped the benefits of his energy, clear thinking and persuasive, values-based approach. 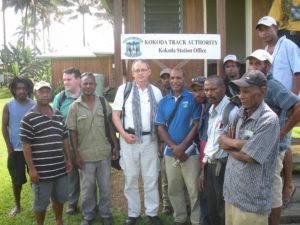