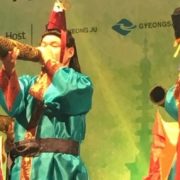 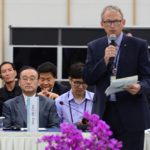 The second regional conference of the Organisation of World Heritage Cities – Asia Pacific was hosted by the City of Gyeongju, Korea, between 5 and 7 October, under the theme of ‘Heritage and Community’.

The Gyeongju Historic Areas property was inscribed on the World Heritage List in 2000. Delegates to the regional conference were able to experience outstanding 7th to 10th Century Korean Buddhist art, including sculptures, reliefs, pagodas, and the remains of temples and palaces from the of Silla dynasty.

Richard Mackay presented a scene-setting keynote address to a workshop of experts, highlighting why community engagement is a requirement for World Heritage Cities under international statutes and guidelines and observing that local people are more than mere stakeholders – they have rights to use and enjoy their place and to share in the benefits that arise from the tourism that is based on their culture. 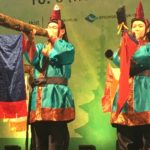 This regional meeting devised draft principles for community engagement in a World Heritage City context and is an important precursor to the World Congress of World Heritage Cities which will also occur in Gyeongju in late 2017.