While Richard himself denies ever sending his card to the paper, he does confess to being an inveterate issuer of business cards!

Column 8 came across a business card in our wallet this morning, with no clue as to how it got there, (we all have cards like that, found days, weeks, or even months after the event), of a certain “Prof Richard Mackay, AM”. All well and good but the job description under Richard’s name intrigued us: “Director of Possibilities”. We considered calling the number, but hesitated. Who knows what might have happened had we done so.

Calls, smart remarks, text messages and emails alerted Richard to the unexpected coverage of the Mackay Strategic venture. While Richard himself was unable to make contact, two days later the lead story provided a further update:

“Richard Mackay is an archaeologist and possibilities have taken him far from the student days we shred in the 1980s” reports geoarchaeologist Tessa Corkhill, of Glenorie (“Director of Possibilities on a business card”, Column 8 Monday). “According to LinkedIn his current work ‘identifies possibilities and provides solutions for cultural heritage places’. Ah!”

But things did not end there. By Thursday, the Mackay Strategic business card had been usurped:

Richard Mackay’s business card (“Director of Possibilities”, Column 8 since Monday), has been outdone . . . 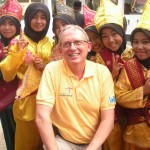 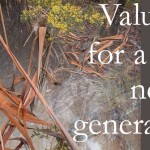 Blue Mountains – Values for a New Generation
Scroll to top