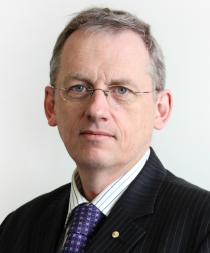 Richard Mackay is the founder and ‘Director of Possibilities’ at Mackay Strategic, a Member of the NSW Independent Planning Commission and Adjunct Professor at Deakin University. Richard has worked in heritage management for more than 30 years. He was a founding Partner of GML Heritage Pty Ltd, a leading Australian heritage consulting practice.

Richard has been an ICOMOS cultural advisor at recent Sessions of the UNESCO World Heritage Committee and is a member of the National Executive Committee of Australia ICOMOS and Convenor of the ICOMOS global General Assembly to be hosted in Sydney in 2023. He is a former Chair of the Australian World Heritage Advisory Committee and the Greater Blue Mountains World Heritage Area Advisory Committee.  He was responsible for the ‘Heritage’ theme of the 2016 and 2011 Commonwealth State of the Environment reports. Richard has served as a member of Australia ICOMOS Burra Charter Working Party, a Non-executive Director of the NSW National Trust, a Member of the Heritage Council of NSW and as the inaugural Chair of the NSW State Heritage Register Committee.

Richard has extensive skills in facilitation and strategic direction of heritage projects and place management throughout Australia and in Asia.  He has worked successfully for government and non-government agencies and corporations, devising innovative but practical solutions to complex cultural heritage challenges at places ranging from Angkor, Cambodia to Sydney’s Luna Park. He has pioneered public archaeology and community participation programs, fostered cultural tourism and sustainable livelihoods, advised senior levels of government, provided expert testimony in multiple jurisdictions and published widely on archaeology, conservation and heritage management.