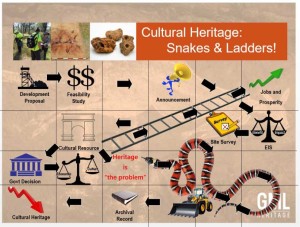 In mid August, Richard Mackay delivered the keynote address to the 2015 annual workshop of the NSW Heritage Advisors’ Network at the Heritage Division of the Office of Environment and Heritage.

Richard’s talk, entitled: Perspectives on Indigenous Heritage Management in Australia was presented at short notice, when the scheduled speaker, The Hon Mark Speakman, Minister for Environment and Heritage, was not available.

Richard noted that the 2011 State of the Environment Report had concludes that Australia is: a complex, layered natural and cultural landscape in which unique geodiversity and biodiversity provide the backdrop to an ancient, but continuing Indigenous culture . . .

In his presentation, Richard drew attention to the lack of common standards for data collection and regulation of Indigenous heritage around Australia and the need for better co-ordination by both government and non-government agencies.

Particular concern was expressed about continuing incremental destruction of Indigenous places, despite the views expressed by Australian Senate Committee hearing as long ago as 2007:

… heritage, once destroyed or sullied, can rarely be recovered. As well, it is important for avoiding the tyranny of little decisions, whereby incremental developments—perhaps done under the aegis of improving access—end up destroying the attractions for which the place was set up in the first place.

The presentation also highlighted recent additions to the National Heritage List, noting increasing awareness of contemporary Indigenous values, as reflected in the listing of the Moree Baths – a site of protest during the 1965 Freedom Ride. However, there are still major gaps – such as the outstanding importance of Indigenous heritage across the Greater Blue Mountains, which include the traditions, memories and meanings of six Indigenous groups, as well as the better-known amazing galleries of carved and painted rock art.

Richard celebrated an emerging trend which has seen greater consultation with Indigenous stakeholders about their attachment to ‘place’, rather than focusing entirely on the archaeological record and stone tool scatters, in western Sydney. In some cases such consultative processes have resulted in the reservation of lands within new suburban developments for cultural reasons.

The workshop and Richard’s address provided a valuable opportunity for Heritage Division staff and professionals who advise local government and the community to learn about emerging trends and issues in Indigenous heritage management in Australia.

A copy of the presentation slides may be found here: MACKAY – SHARED HERITAGE AUG 21 2015

State of the Environment 2016 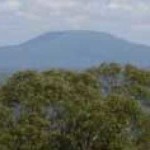 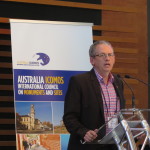 Bringing together some loose threads . . .
Scroll to top